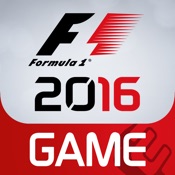 Short description:
F1 2016 – a sports simulator, a continuation of a series of games Formula 1, developed by the studio Codemasters.

Description:
Create your own legend in F1 2016. Be ready to plunge into the world’s most prestigious auto-simulator, as never before. F1 2016 is the official video game FIA ​​FORMULA ONE WORLD CHAMPIONSHIP 2016 and demonstrates the full calendar of the season 2016 – 21 tracks, including a completely new scheme of Baku (Azerbaijan), as well as the full list of 22 drivers and 11 teams, including the new Haas F1 Team.F1 2016 immerses you, not only in the excitement on the track FORMULA ONE career, including the addition of a landmark safety car, as well as a virtual safety car for the first time, but definitely adds drama and motor development that takes place behind the scenes. Work with your agent, and a team of engineers to develop your car and reach the dizzying results in a career spanning 10 seasons. Fight your way to glory, and rise higher and higher in the standings to become a champion!
IMPORTANT:
• Please ensure that you have at least 2.67 GB of free space on your device.
• Contains direct links to the internet and social networking sites intended for an audience over 13.
• F1 2016 requires iOS 8 onwards, 1GB RAM minimum, Metal devices.
• iPad Air / iPad Air 2
• iPad Mini 2 / iPad Mini 3 / iPad Mini 4
• iPad Pro
• iPhone 5S / iPhone 6 / iPhone 6 Plus / iPhone 6S / iPhone 6S Plus / iPhone 7 / iPhone 7 Plus
• iPod Touch 6th Gen